New methodologies for the determination of EURIBOR and EONIA

On 20 September 2019, the EACT Board members attended a presentation on the EURIBOR and EONIA reforms, two critical benchmarks administered by the European Money Markets Institute (EMMI). The presentation given by Petra De Deyne, Strategic Advisor at EMMI, focused on an overview of the ongoing reforms. EMMI proposes a glance at how far the reforms currently stand.

The benchmarks reform is a global endeavour initiated in 2013 upon request of the G20, in response to attempts of fraudulent manipulations of critical interest rates benchmarks such as LIBOR, TIBOR or EURIBOR. The goal of the reform was threefold: to strengthen existing IBORs and other reference indices relying on unsecured bank funding costs; to develop alternative, nearly risk-free reference rates; and to improve contracts’ robustness with appropriate fall-back provisions.

In the European Union, the reform translated into the ‘Benchmarks Regulation’ (EU BMR), a text which entered into force on 30th June 2016 and is applicable since 1st January 2018. The EU BMR pursues the following objectives:

The text foresees a transition period for benchmark administrators to become EU BMR-compliant. As of 1st January 2020, the use of benchmarks which are not EU BMR-compliant will be prohibited for new contracts or instruments. For existing financial contracts or instruments, the use of non-EU BMR-compliant benchmarks will only be authorised by the competent financial authorities under specific circumstances. It is worth mentioning that a political agreement at European level – still to be formally adopted – could extend the transitional provisions by two more years, until 1st January 2022.

Continuity for EURIBOR and EONIA with new methodologies

EMMI has conducted in-depth reforms over the last years to meet the EU Benchmarks Regulation requirements, strengthening its governance framework and developing a hybrid methodology for EURIBOR.

The primary goal of the EURIBOR reform was to provide the market with a more transparent, robust and representative index, while minimising at the same time the risk of market manipulations. In this perspective, EURIBOR is currently concluding its evolution from a quote-based determination to a methodology anchored, whenever possible, into observable transactions provided by Panel Banks.

To achieve this goal, between September 2016 and February 2017, EMMI carried out a ‘Pre-Live Verification Programme’ and collected transactional data from 31 banks over 12 different countries. The Programme provided EMMI with a clear understanding of the market underpinning EURIBOR. Based on its outcome, EMMI concluded that the transition of the EURIBOR methodology to a fully transaction-based methodology would not be robust enough as the daily determination of EURIBOR would have been based, for most tenors, on a limited number of transactions executed by a limited number of contributors.

Over the next months, EMMI focussed on developing a hybrid methodology, capable of adapting to the prevailing market conditions and fit for purpose at all times. EMMI sought to ground the calculation of EURIBOR, to the extent possible, in euro money market transactions reflecting its underlying interest, i.e. the rate at which wholesale funds in euro could be obtained by credit institutions in the EU and EFTA countries in the unsecured money market. Between March 2018 and February 2019, EMMI organised two public consultations on the hybrid methodology. The latter foresees that each Panel Bank provides EMMI with data, based on a three-level waterfall, with specific features applying to each level. From May to end of July 2018, EMMI tested the hybrid methodology with 16 Panel Banks. The test phase proved successful and all stakeholders indicated in their feedback that the new methodology provides adequate robustness and representativeness.

On 2nd July 2019, EMMI has been granted an authorisation by the Belgian Financial Services and Markets Authority (FSMA) under Article 34 (critical benchmark administrator) of the EU Benchmarks Regulation for the administration of EURIBOR. EMMI has started transitioning the Panel Banks from the quote-based EURIBOR methodology to the hybrid methodology. The phasing-in of the Panel Banks to the hybrid methodology is aimed to be concluded during the last quarter of 2019. Also, and most importantly, EURIBOR can be used after 1st January 2020 for existing or new contracts/instruments, the benchmark being already BMR-compliant.

In 2016 and 2017, EMMI organised the ‘EONIA Review Exercise’, a programme which sought to enhance the governance and control framework of EONIA, and to align it with the requirements of the EU Benchmarks Regulation. In May 2018, based on the analyses performed in the context of the EONIA Review Exercise, and on the information about the overnight unsecured segment of the euro money market published by the European Central Bank, EMMI’s governing bodies decided that pursuing a thorough EONIA Review Exercise was no longer appropriate. In September 2018, the working group on euro risk-free rates (RFR WG) recommended replacing EONIA with a new risk-free rate, as EONIA would no longer meet the criteria of the EU Benchmarks Regulation and would therefore see its use restricted as of 1st January 2020.

Subsequently, in March 2019, the RFR WG recommended a transition from EONIA to €STR, the new euro short-term rate issued by the European Central Bank (ECB) which relies on data collected by the Eurosystem. In that context, the RFR WG recommended to adapt the methodology for EONIA from a Panel Bank quote-based methodology to a recalibrated methodology tracking the €STR. The Group also advocated that EONIA should become compliant with the EU Benchmarks Regulation (BMR) and have a limited existence in time (until January 2022). In May 2019, after public consultation, EMMI has decided to follow the recommendations of the RFR WG. EONIA used to be computed as a weighted average of overnight unsecured lending transactions in the interbank market, undertaken in the EU and EFTA countries by EONIA Panel Banks. Since 1st October 2019, EONIA is calculated following the recalibration methodology, thus directly linked to the €STR. EMMI has also filed for authorisation from the Belgian Financial Securities and Markets Authority (FSMA) for the administration of EONIA under the recalibrated methodology (Article 34 of the EU BMR).

On 2nd October 2019, the €STR has been published for the first time by the ECB at 08.00 ECT. The €STR reflects the wholesale euro unsecured overnight borrowing costs of euro area banks and complements existing benchmark rates. In parallel, EONIA under the recalibrated methodology has been published by EMMI for the first time on the same day. Its calculation methodology is the following one: the €STR plus a spread of 8.5 basis points. This spread was calculated by the ECB on 31st May 2019 and reflects the historical difference between the underlying interests of the two benchmarks: interbank lending rate for EONIA vs. wholesale borrowing rate for the €STR. In order to avoid the publication of two indices representing the same TARGET day, no EONIA has been published on 1st October 2019. Since 2nd October 2019, the EONIA rate for day T is available every TARGET day on T+1, at or shortly after 09.15 Brussels time. This timing prevents market participants from being exposed to any additional EONIA re-fixing, should there be an €STR re-fixing. In order to guarantee a smooth transitioning for EONIA benchmark users, EMMI will continue to publish EONIA under the recalibrated methodology every TARGET day until 3rd January 2022, the date on which the benchmark will be discontinued.

State of play of the benchmarks’ reform

The reform cycle is now virtually complete. On the one hand, all stakeholders – benchmark administrators, contributors and users – are well framed by the EU Benchmarks Regulation. On the other hand, the benchmark landscape is on track to be fully in line with the recommendations of the Financial Stability Board:

Cash and Working Capital Management in the Corona crisis

This article deals with short-term measures to optimise working capital and liquidity management. The strengthening of the supply chain, a currently important measure for many companies, is illustrated by an example from the retail sector.

For several years, the treasury operations have often been framed in the transfer pricing policy. However, during current survival operations, cash requirements increase and exceptional intragroup cash transactions may take place.

Risk management in corporate treasury is more important than ever! It was and is essential to define risk areas and use scenarios to check what effects the current situation could have on the company to be prepared for appropriate measures.

200 treasury professionals from across Europe shared their thoughts on treasury’s role and priorities as part of the EACT survey. Although some survey participants responded to the survey before the official lockdown in their respective countries, many companies had already implemented measures such as stopping business travel and moving to home working. 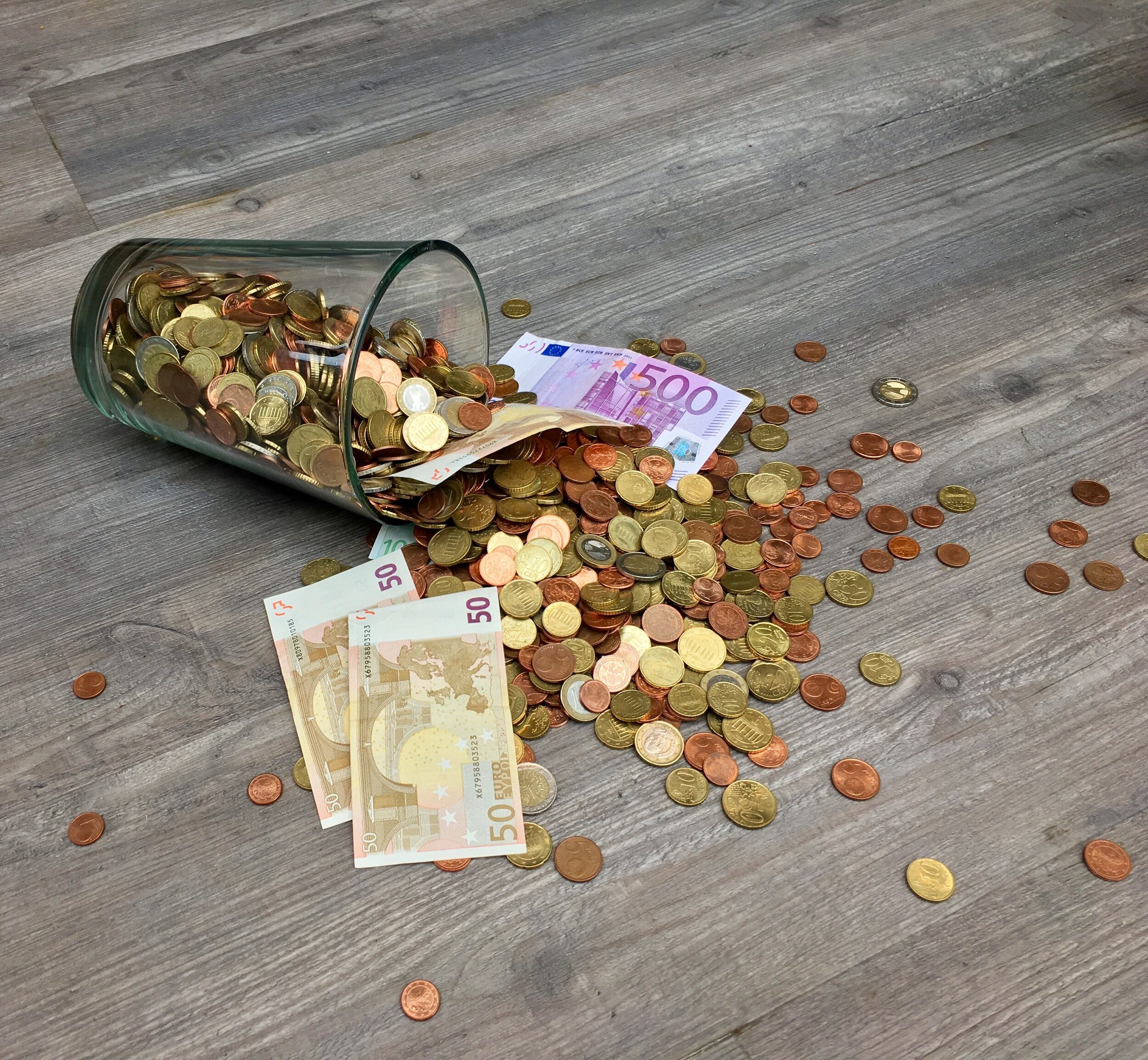 Managing working capital is essential to every business under normal conditions, but even more so during a crisis.